Host Hillary Leftwich! Hillary Leftwich grew up in Colorado Springs where Focus on the Family reigns supreme and Ted Haggard is currently hiding in his closet. Still. She survived Christian school where brainwashed fanatical classmates failed to save her soul and forced her to play Satan in the school play. Her English teacher accused her of practicing witchcraft and playing Dungeons and Dragons during lunch when really all she was doing was listening to The Melvins and writing strange stories that made her classmates feel “weird.” She later won the Colorado Young Writers Award and felt vindicated. 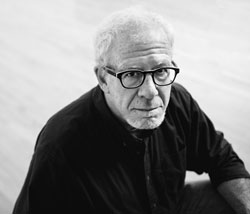 MA in Philosophy at Stanford University and his PhD from the University of Houston’s Creative Writing Program. His poetry, essays, and reviews have appeared in The New Republic, Poetry, The Denver Quarterly, Hotel Amerika, The Chicago Review, The Kenyon Review, The Sewanee Review, and elswhere. He co-founded The Urban Theater Company in Houston and was Associate Director of Ad Hoc Theatre and Artistic Director of Tir Na nOg: An Irish Theatre in Denver. His play, “Joseph K,” earned the 2009 Denver Post Ovation Award for Best New Work. Having taught for Regis Univerity’s College for Professional Studies since 2007 and creating its MA in Creative Writing, McGovern is also now co-founder and co-director of that university’s Mile-High Low-Residency MFA program. His most recent book, Bad Fame, was a finalist for the Colorado Book Awards.