All shows begin at 7:30 at the Mercury Cafe, 2199 California Street, Denver

Host Roseanna Frechette!  Roseanna Frechetteis in love with words. Written. Spoken. Published. Or not. It’s all about words on page and energy on stage. Longtime member of Denver’s thriving literary community and former publisher of Rosebud Forum magazine, Roseanna believes in the power of small press and all things alternative and independent when it comes to art. Her writing has appeared on the pages of many small press publications including Lummox, Blink-Ink, Mad Blood, Punch Drunk, Semicolon, and Prairie Smoke Anthology. Featured on a variety of regional stages including Arise Music Festival, Colorado Poetry Rodeo, and Boulder Fringe Festival, she’s a guest host for Mercury Café’s Jam Before the Slam and a respected participant in the open mic scenes of Denver and Boulder. Roseanna’s integrative style reflects both a respectful love of nature and a bohemian appreciation for urban culture. She holds great passion for the beauty of creativity…expressed…live. 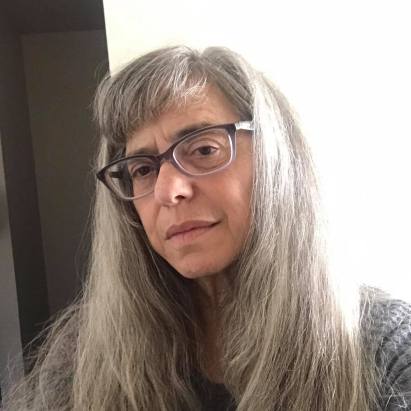 Featuring Susan Froyd! Susan Froyd started writing for Westword as the “Thrills Editor” in 1992 and never quite left the fold. These days she still freelances for the paper as an arts writer, in addition to walking her dogs, enjoying cheap ethnic food and reading voraciously. She’s also a slave to pop culture and every kind of music, and sometimes she writes poetry.

Featuring David Heska Wanbli Weiden! David Heska Wanbli Weiden,, an enrolled member of the Sicangu Lakota nation, is Associate Professor of Native American Studies at Metropolitan State University of Denver. He received his MFA in Creative Writing from the Institute of American Indian Arts and his Ph.D. from the University of Texas at Austin. He’s an alumnus of VONA and the Tin House Summer Workshop, and is a 2018 MacDowell Colony Fellow. He received the 2018 PEN America Writing for Justice Fellowship. His novel WINTER COUNTS is forthcoming in 2020 from Ecco/HarperCollins, as is the second book in the series, WOUNDED HORSE. WINTER COUNTS is the story of a local Native American enforcer on the Rosebud Indian Reservation who becomes obsessed with finding and stopping the dealer who is bringing increasingly dangerous drugs into his community. It’s a Native thriller, an examination of the broken criminal justice system on reservations, and a meditation on Native identity. www.DavidWeiden.com @WanbliWeiden

Featuring Jeff Campbell! Jeff Campbell has been a part of Denver’s creative community for over two decades, as a pioneering Hip Hop and spoken word artist, as well as a facilitator of arts in education programs for Colorado’s youth in public schools. In 2015, He was named one of Westword’s 100 Colorado Creative’s. He is also the writer of the critically acclaimed “Who Killed Jigaboo Jones?” a One Man Mockumentary on the Hip Hop Industrial Complex, and also “Honorable Disorder” the story of an Iraq war veteran from 5 Points, battling PTSD, and readjusting to civilian life. His brand of ​“Post Hip Hop Expressionism’​flows from the influence of the culture, without having to conform to its conventional identity. His work is rooted in social commentary from his own personal experience.