The September F-Bomb is going to be a special event on a special night! Rather than our usual third Tuesday night of the month, for September we’ll meet on Saturday, September 12 at 7:30 pm, and for the first time in months, we’ll be live at The Mercury Cafe! Safety protocols will be in effect, and all attendees will be expected to comply with social distancing and other regulations. We will also attempt to stream the event or otherwise make videos of the performance available for those who can’t attend. Check out our Facebook page for more details as we get closer to the reading.

The September F-Bomb will be hosted by Roseanna Frechette, and will feature writers Marily Megenity, Katharyn Grant, and Riley Anne. Open mic spots (3-5 minutes) will be available for those who want to share their own flash fiction.

We hope you can join us for a special event on a special night!

Roseanna Frechette is a shape shifting member of Denver’s independent art culture. Spoken word performer and host as well as dancer and yogi, her multidynamic work has featured at art galleries, rock stages, and festivals including Poetry Rodeo, Boulder Fringe, and Arise as well as indie publications including Stain’d, Lummox, Semicolon, and Suspect Press. Former publisher of Rosebud Forum magazine, and one of Westword’s Colorado Creatives, Roseanna holds great passion for the power of small press and the beauty of literary originality, delivered live! 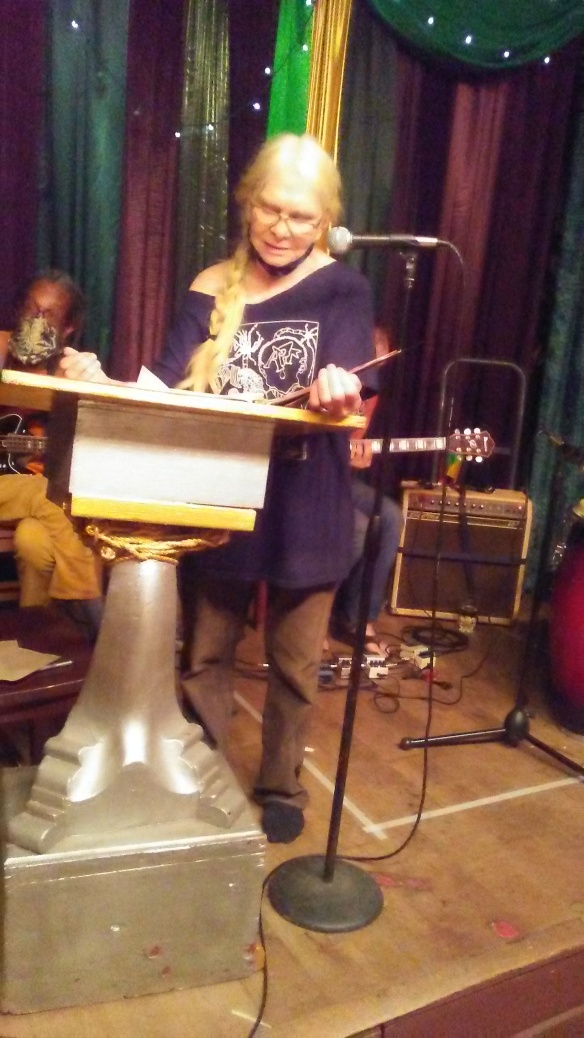 Marilyn Megenity is a longtime creative community force in Denver’s bohemian underground.  She is well known as chef/owner of Mercury Cafe, having sustained it’s current 2199 California Street location since 1990. But many don’t know that she’s also a poet, playwright,  and spoken word performance art activist of diverse talent. Since running the Merc is a tall  order, it’s not all that often folks have a chance to catch Marilyn’s on-stage presence. FBomb is completely jazzed to welcome her as we bring our event out of the pandemic zoom room  for a very special live-on-site event at the one and only Mercury Cafe! 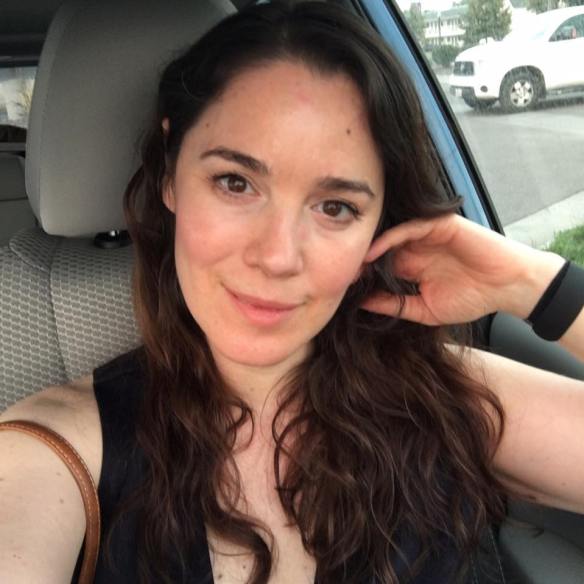 Once upon a time Katharyn Grant earned her BA in creative writing and studio art from the University of Denver.  Her short stories have appeared in Fast Forward anthologies, including The Mix Tape.  Her chapbook, Interior Life, was called “an adventure for the eyes and a journey for the spirit” by the Boston Literary Review, meanwhile her mentor Bin Ramke called it “a small book filled with large gestures,” though he did not specify what sort of gestures.

Known by some as “Kayti,” she saved England from giants in a production of Roald Dahl’s BFG, toured US Military bases in Asia, Alaska, and Europe with an improv comedy show, and won awards for Best Director from Beaufort International Film Festival and South East New England Film Festival for her soon-to-be released feature film, which she also stars in, edited and co-produced– formerly called The One Who Loves, to be released as Carolina Blue.

Presently enrolled in The Book Project at Lighthouse Writer’s Workshop, she’s knee-deep in a memoir about family, Rogaine, religion, trauma, and the search for healing.  Ms Grant is the proud owner of a pocket-sized rife machine and can give you a treatment for any ailment you might have, whether or not you know about said ailment; she can also align your chakras, and give you a psychic reading.  She is well-loved by her cat, Cutie Pie.  She once played Dolly Parton in a commercial for Bently Baths, while wearing a prosthetic bosom.  She has been called a contrarian, an introvert, a mystery wrapped in an enigma, and a fun person to be around.  She strives for her personal best, while managing to avoid dairy and gluten most of the time.

Riley Anne is from Larkspur, Colorado where the wild things mingle among the fairies and tree-spirits. She, herself is a wild thing. Her dreams are to travel with her camera and speak amultitude of languages, speaking with women all around the world. She focuses on all things art and hardly has time for sleep as she watches the sun rise after an all-nighter and pink clouds roll over Cheeseman Park. Writing for her is a drug, and to feel high is to communicate with truth and breathe from the gut as words of honey flow from the mouth. She prays to the honeybees.